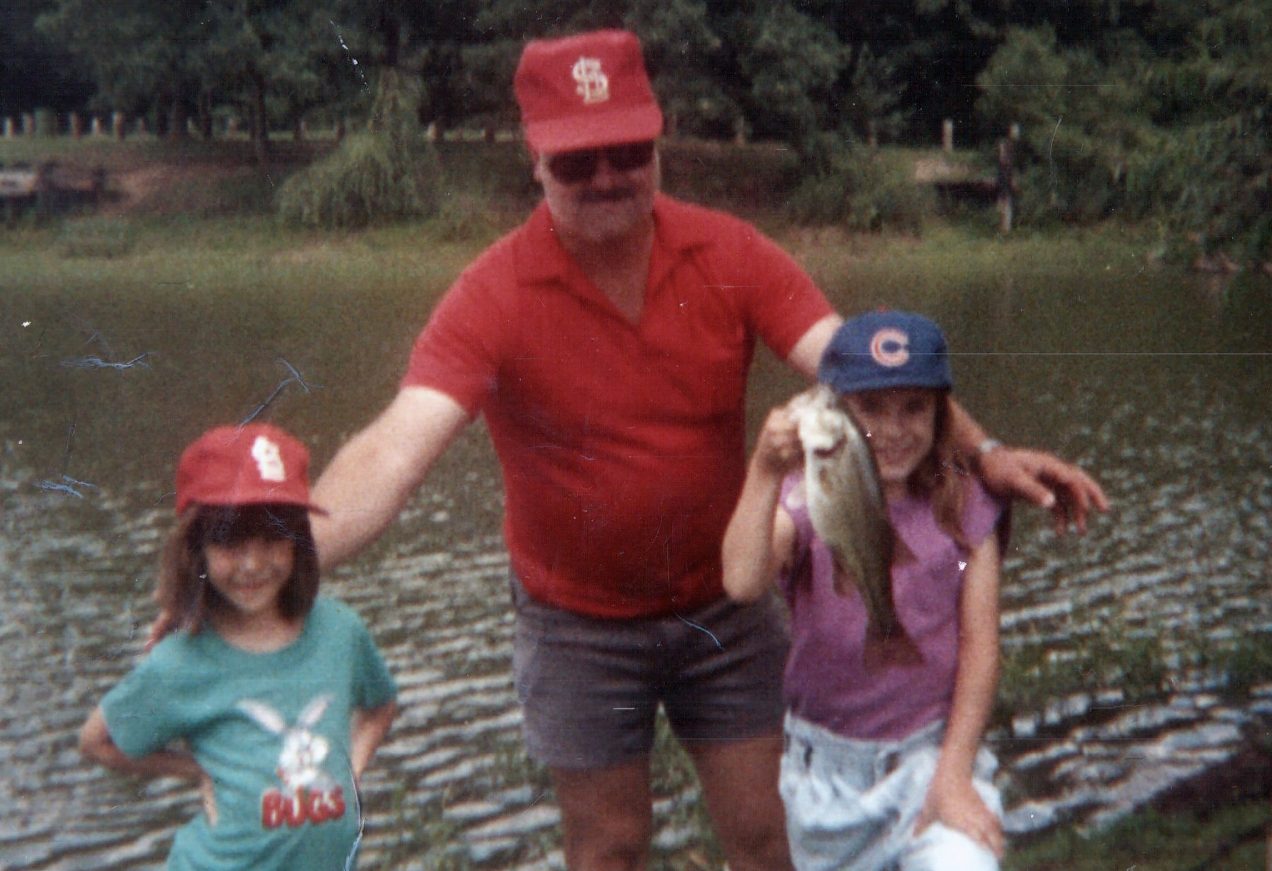 The Cubs are about to play in the World Series for the first time since 1945, and I can’t help but think about my dad. Not because he was a Chicago fan; quite the opposite, as evidenced by this fuzzy photo.

As a staunch Cardinals fan, he allowed me to go against family tradition and get a blue hat. In fact, I’m pretty sure he bought it for me.

Hand-me-down Andre Dawson cards from my cousin and a 7-year-old’s obstinate personality were all I needed to swear allegiance to the Cubs. Enough to argue with my highly religious grandmother about my “hatred” for the Cardinals (“You’re NOT allowed to hate anyone, Katie”). Did I know or care that Chicago was reliably terrible and had not been to the World Series in five-plus decades? Of course not.

I wish I could find that Cubs hat, but not because I want to wear it and pretend that I’ve been a faithful fan for the 24 years since that photo was taken. There’s something comforting — bittersweet, even — in childhood rebellions, a time when we believe anything is possible. Even the Cubs winning a World Series.

One thought on “The Cubs, my childhood rebellion”